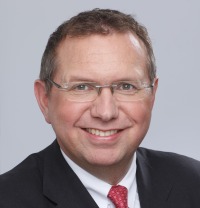 Düsseldorf, March 1st 2012 – As of March 2012, Rainer Anskinewitsch, Managing Director of SymphonyIRI Group in Germany, will additionally take over the entire responsibility for the organisation in the Netherlands in order to better integrate operations in both countries through one unified management team.

SymphonyIRI’s clients in the Netherlands will continue to be serviced by local Dutch speaking teams and management, but also benefit from a significantly enhanced
organisation in terms of the skills, expertise and operational excellence that is required.

Rainer Anskinewitsch joined SymphonyIRI in 2008 as Managing Director in Germany and has led the highly successful client focused transformation of the business in the local market. A seasoned sales and marketing professional, Anskinewitsch previously held a variety of general management positions with companies such as Procter & Gamble, Gemini Consulting and L’Oréal. The Operations Director for the combined operation will be Willem Van Den Neste, formerly a senior executive in Nielsen’s
international operations team.

Stolberg, 18th November 2011 – MÄURER & WIRTZ, one of Germany’s leading makers of fine fragrances and bodycare products, has acquired the fragrance business of the BALDESSARINI license from Procter & Gamble. All of the […]

Kao: Michael Cramer appointed Vice President Consumer Care EMEA. Kao has announced a new leadership team for its EMEA Consumer Care Business which includes renowned brands such as John Frieda and Guhl. With these changes Kao aims to be […]