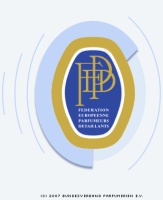 Duesseldorf, Germany, 28.03.2011. 2010 was a very good year for the German perfume retail business. Following a deficit of 1.6 percent in 2009 the sector was able to derive above-average benefit from the economic recovery that took place in Germany.

Whereas, according to data from the Federal Office of Statistics, the 3.6 percent in the price adjusted gross domestic product (GDP) was the largest of its kind since German reunification, consumer expenditure in German households increased by a mere 0.5 percent. In this situation, with an increase of around 2 percent, the German perfumery retail business was able to achieve a fairly satisfying result.

Here, the key revenue driver was the strong Christmas trade, which ended with a very satisfying average growth in sales amounting to 3.1 percent. An excellent result considering the state of the weather, as the snow chaos in December 2010 not only affected the German climate, it was also quite a significant damper for retail sales. As a result of the extreme weather conditions a lot of customers found it difficult, if not impossible, to get to the shops. It made no difference whether these were in the city centres, malls, suburbs or small towns; it was the same story everywhere. Whereas business in November and in the run-up to Christmas was particularly brisk, in the period between Christmas and the New Year it more or less came to a standstill.

Sales during the course of the year

In contrast to the previous year, the beginning of 2010 was less than promising. In January, the after-effects of the 2009 economic crisis were still being strongly felt throughout the entire retail trade. In March, as a result of the Easter trade, there was an encouraging improvement in the sales figures. Because of this, the expected April downturn was all the more vehement compared to the figures for the previous year. By mid-year we had seen a gradual evening-out of the sales situation, and by June and July some areas were in fact already showing slightly positive results. Following the expected negative trend in August, September and even into October – depending on the different holiday periods in the federal states – business rallied appreciably from November on, developing in a lot of areas into an extremely satisfactory period of Christmas trading. We believe that these results could have been even better had it not been for the adverse weather conditions described above.

Whilst the women’s perfumes sector suffered a minor loss of 0.3 percent for the fourth time in succession, the clear winner in 2010 was the decorative cosmetics sector. The main factor here was the high quality nail polish sector that had the women coming into the cosmetics departments in their droves to revive a product segment widely thought to be on its last legs. By the end of 2010, the decorative cosmetics sector was therefore showing a plus of 5.4 percent, a figure also reflected in a significant increase in the share of the product range in this product group, which increased from 15.3 percent in 2009, to its current level of 15.9 percentage points.

The clear loser in 2010 was, as in the previous year, the men’s sector. Whereas there is still a small measure of counter-cyclical growth in the men’s perfumes sector, sales of skincare products are definitely stagnating. Increasingly noticeable are such factors as greater price sensitivity, as well as a lesser degree of brand loyalty and skincare affinity, especially among the target group of the older men. The ‘miscellaneous’ sector, which consists primarily of accessories, has also declined, albeit only by 0.6 percent.

Prospects for 2011 – Positive start in the New Year

The positive effects of the Christmas trade 2010 are currently proving to be surprisingly stable. With a continuing positive trend in January, February and the beginning of March, the new year has begun on the same positive note as the old year ended. A number of further factors are also giving rise to an optimistic view of the current financial year 2011. To a large extent the economic situation and the employment market appear to be settling down. The current round of pay talks also indicate that earnings will increase, which will hopefully result in increased consumer spending.

In addition, there is also a tendency in the industry toward greater differentiation according to assortment emphases and type of business, which could result in an expansion of the relevant markets for perfumery products. Soaring purchase prices and increasing uncertainty with regard to the European Monetary System and the difficult situation in Japan are providing cause for concern in the current year.

However, having weighed up all these factors, we do believe that the current year will bring positive developments for the industry. A more concrete prognosis will not be possible until mid-year when we have had the opportunity to analyse the views and general opinion within the association.