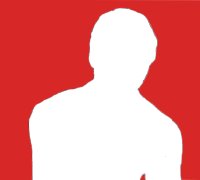 According to news in Le Figaro newspaper, William Koeberle, CEO of the group, last Monday also took over direct responsibility for the leadership of the largest subsidiary of the group in France. With a market share of around 23 percent, and an annual turnover of about 1.1 billion euro, France is the most important market for the group. Koeberle, who has recently also taken over the presidency of the French Federation of Selective Perfumery, therefore follows the Belgian, Miek Vercouteren, who held the position until now. Vercouteren, who until now was general manager for the French market, has left the company for personal reasons.

CEOtalk: Enrico Ceccato about economically uncertain times and the future of the fragrance industry

October 11, 2011 Subeditor PEOPLE & JOBS Comments Off on CEOtalk: Enrico Ceccato about economically uncertain times and the future of the fragrance industry

Thomas Seeger-Helbach is Head of Marketing & Communication at BABOR Cosmetics

On 1 July 2011, Thomas Seeger-Helbach was appointed new Head of Marketing & Communication at BABOR Cosmetics, one of the world’s leading professional skincare brands. In this newly created position he is responsible for Product […]